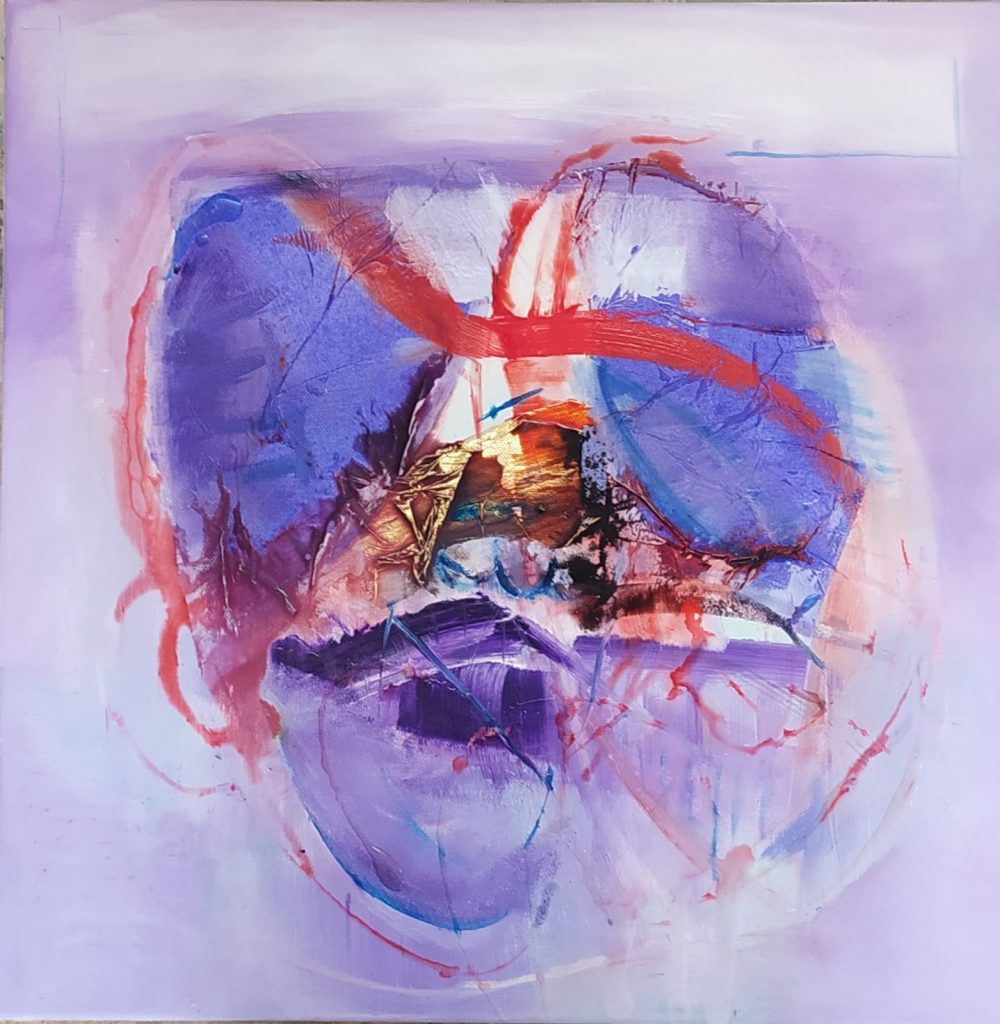 Titled Eventually, this artwork is one of a mix-match of emotions. From the subtle white band of relief in the uppermost section of the painting to the swishes of struggle created with the faint red paint and the greater disconnection caused by the prominent red streak running through the upper section, Rosette here created a […] 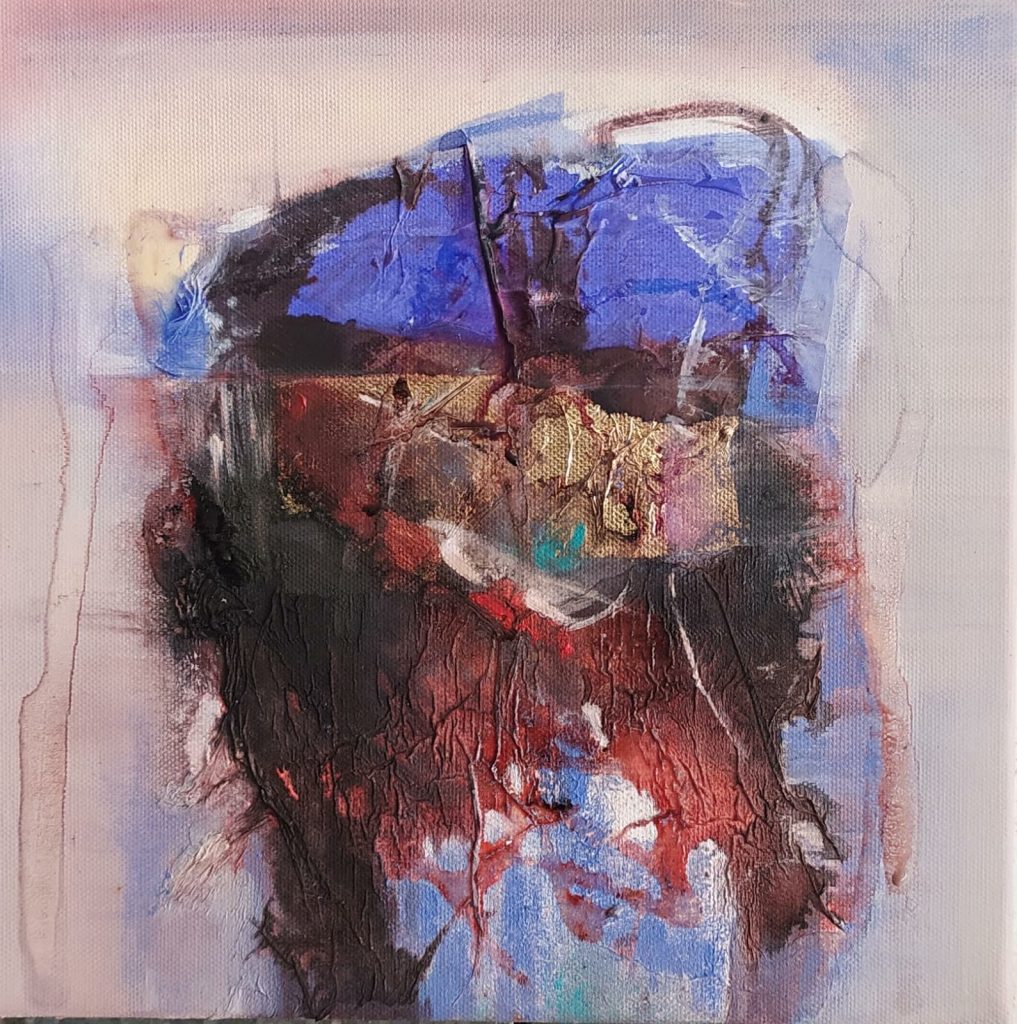 A darker, yet more controlled and highly layered piece of art that, in complete character to the artist, leaves the viewer in a wonder of questions. Left unnamed, this particular piece is dependant of its viewer’s gaze, opening a world of possibilities to the interpretation and analysis of the piece. Primarily, the background of this […]

Behind Every Cloud, Is Another Cloud 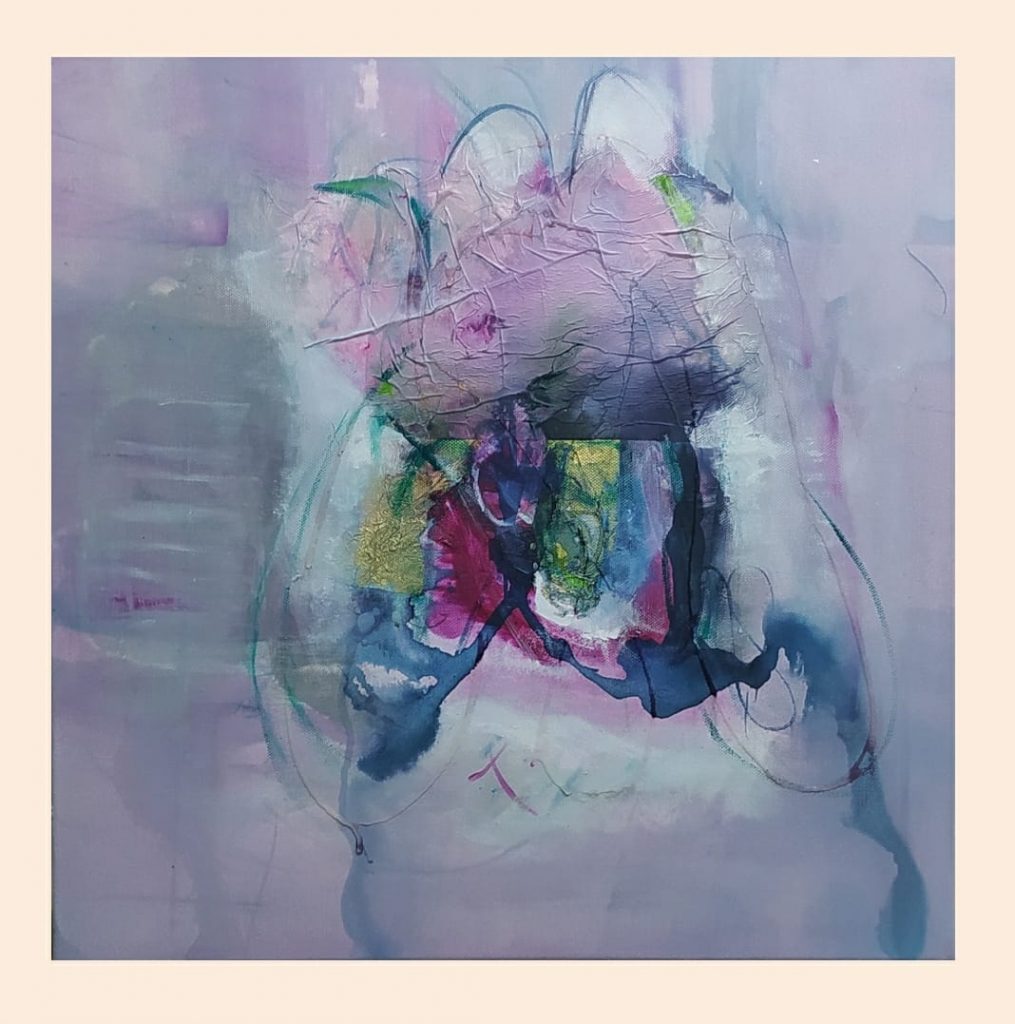 Whenever an artist chooses a name for a painting, its viewers tend to take that title rather literally. This artwork was titled Behind Every Cloud, Is Another Cloud, and taken literally would cause the viewer to search for ethereal cloud-like shapes layed upon eachother. Rosette’s choice of artwork title is generally based upon the artistic […] 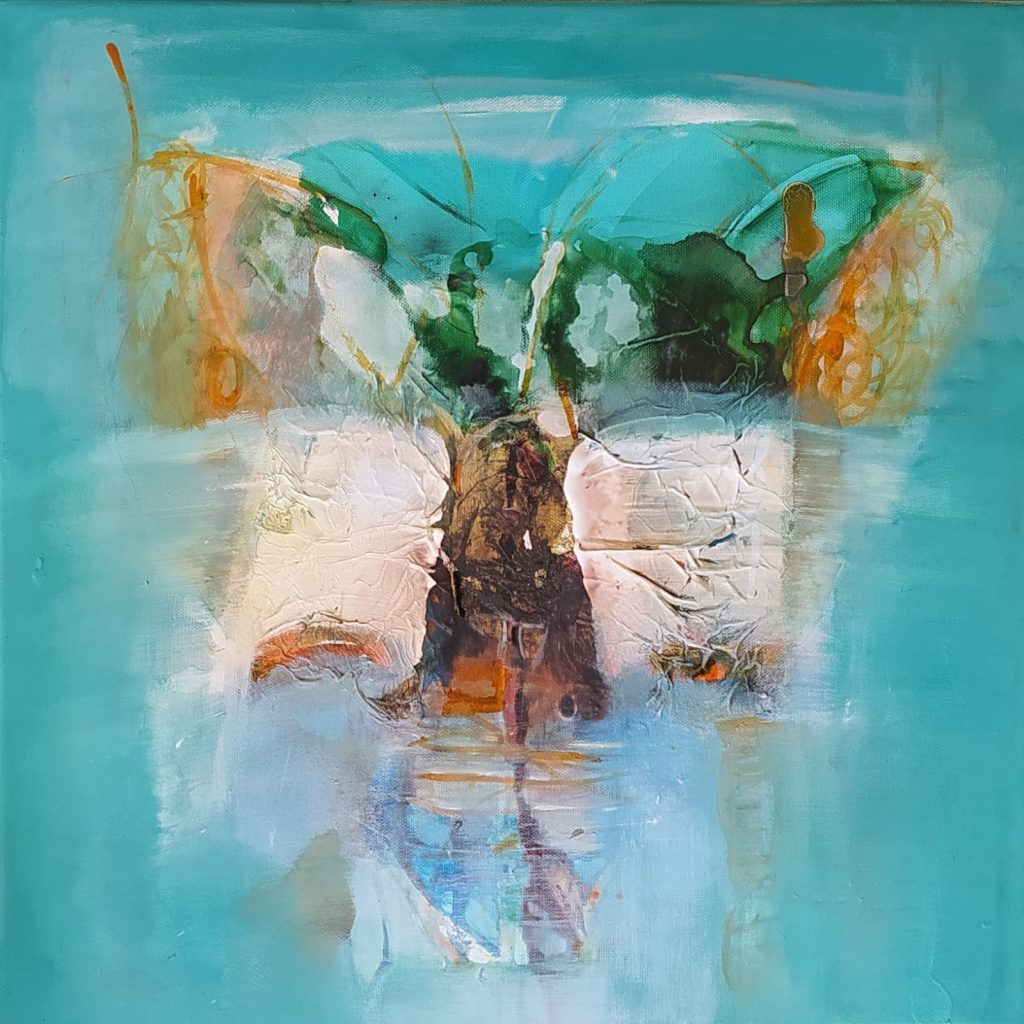 Metamorphosis is what the local art connoisseur would instantly recognise as a Rosette Bonello. From the choice of media to the seemingly symmetrical division of the canvas, all the way through the light circular whisps of orange hue that bounce of the vibrant cyan blue in the background. It would be clear to say that […] 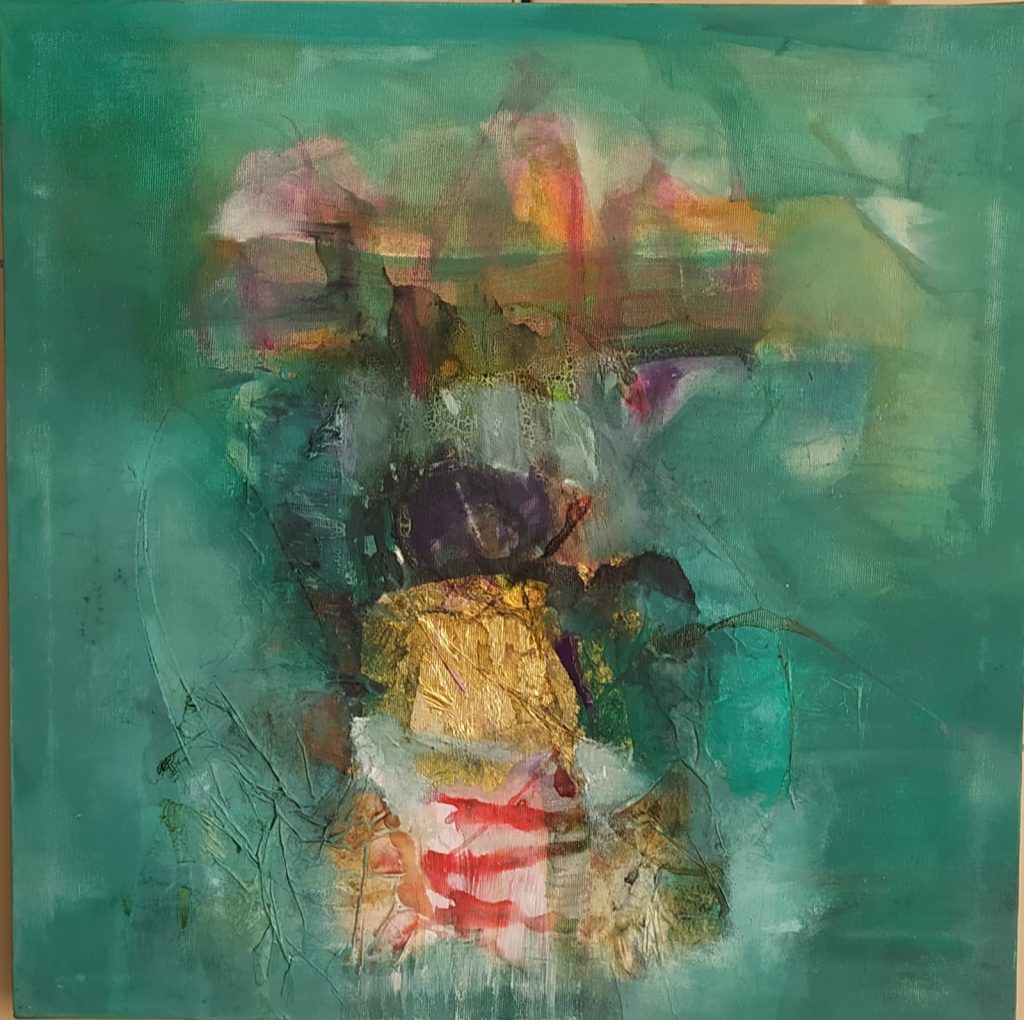 The Traveller is an artwork that relies on the muted atmosphere it creates. From the jade green and barely noticeable orange and pink patches at the top of the canvas, Rosette here presents her following with a distinguished addition to her Green Period. If layering was ever to be noticed in the artist’s approach to […] 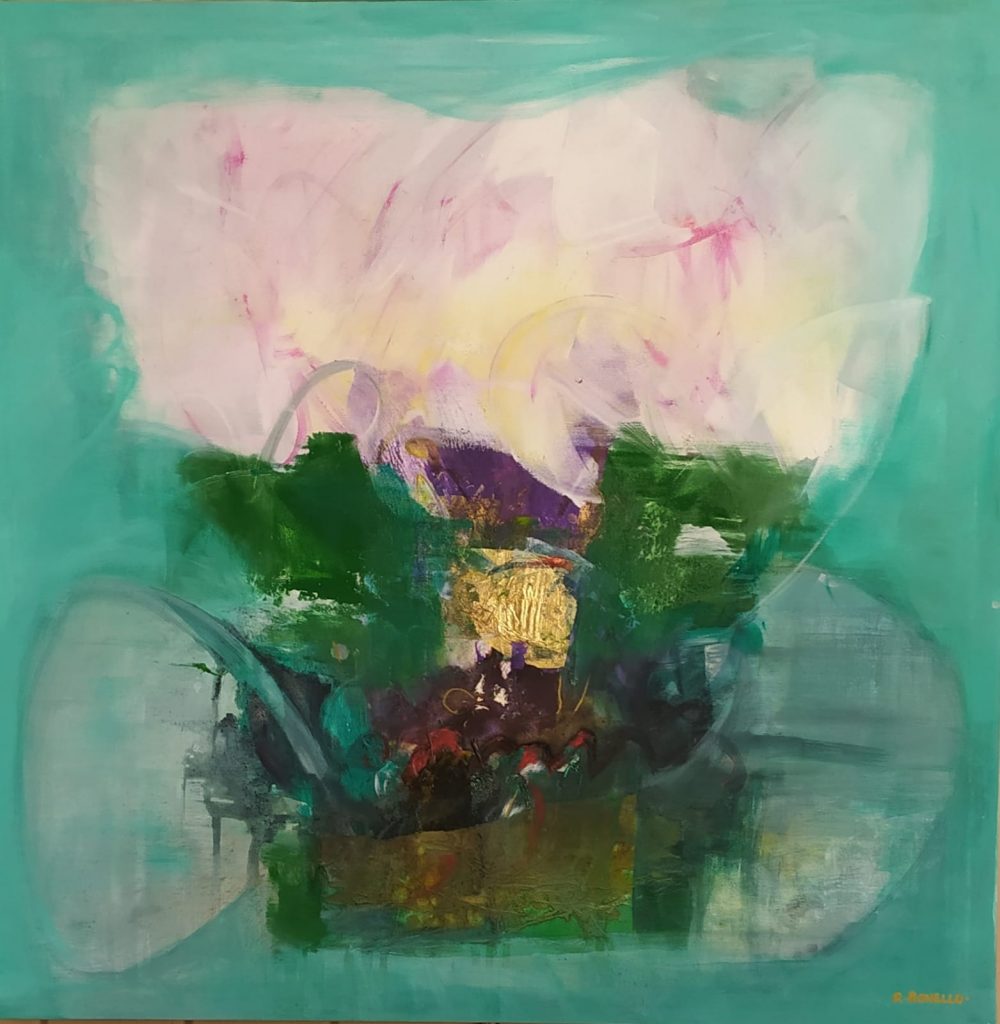 An artwork infused with soulful expression, playful charm and informal meaning. Finally… is the artwork in Rosette’s portfolio that most characterises her willingness to create according to her muse – mixed media. A subtle green coating preps the canvas for its destiny, unbeknown to the artist where it might take her. Layers upon layers of […] 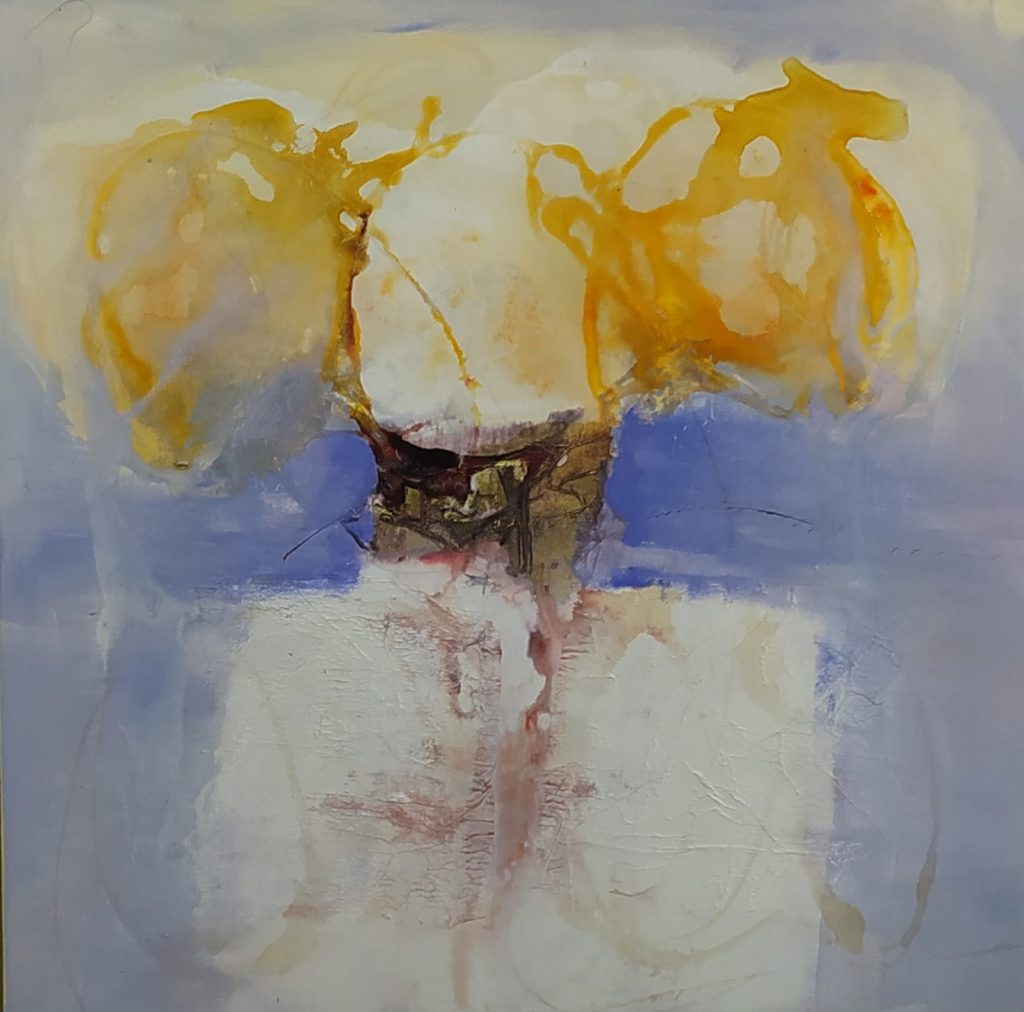 Love and Light begins with a faintly caressed canvas, with the most pleasing blend of off-white and pale blue – giving the painting a welcoming aura that the viewer is instantly captivated by. At first glance, the subject matter is timidly questioning you, but as the viewer studies the piece, every stroke, drip, smug, crease […] 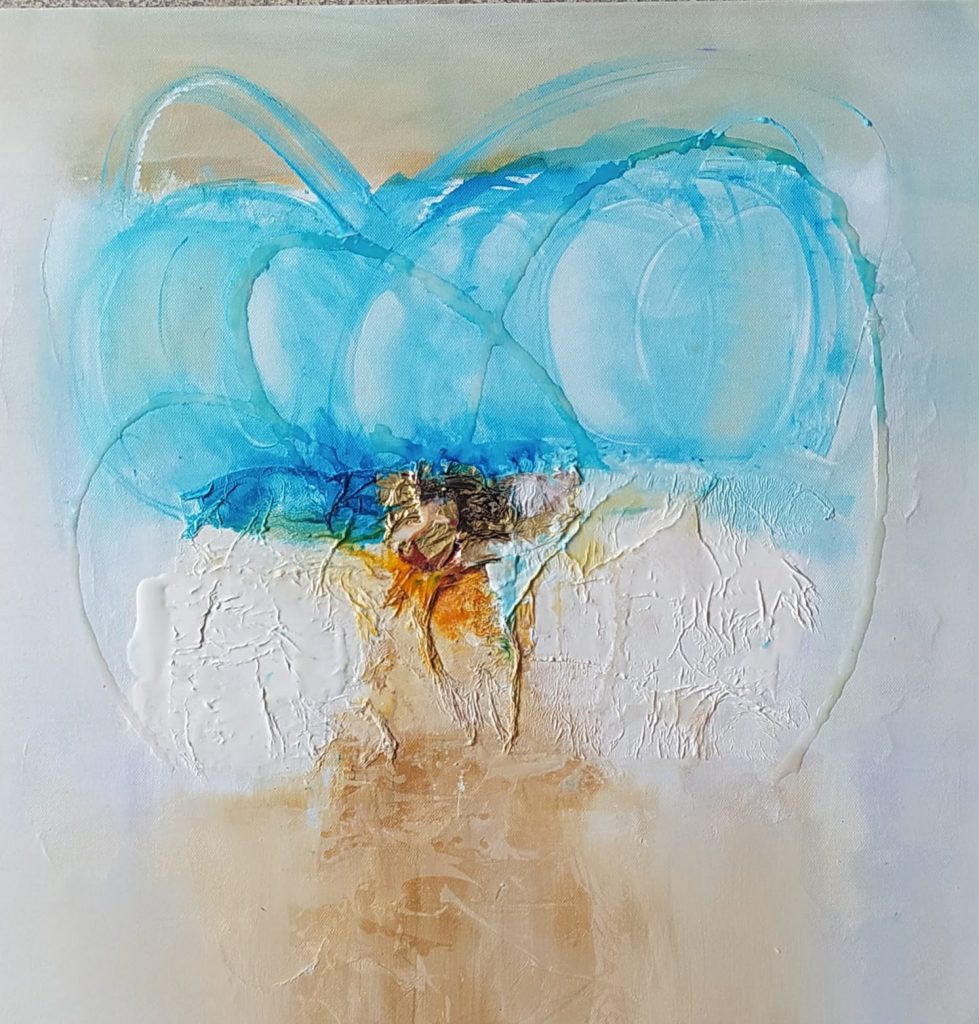 The first impression a viewer will experience when meeting Love and Poetry is fascination. Much like the other collections in Rosette’s repertoire, Symbiosis seems, at first glance, like a series of paintings upon another – and this is not entirely false due to the intense layering that each canvas goes through.   Love and Poetry […] 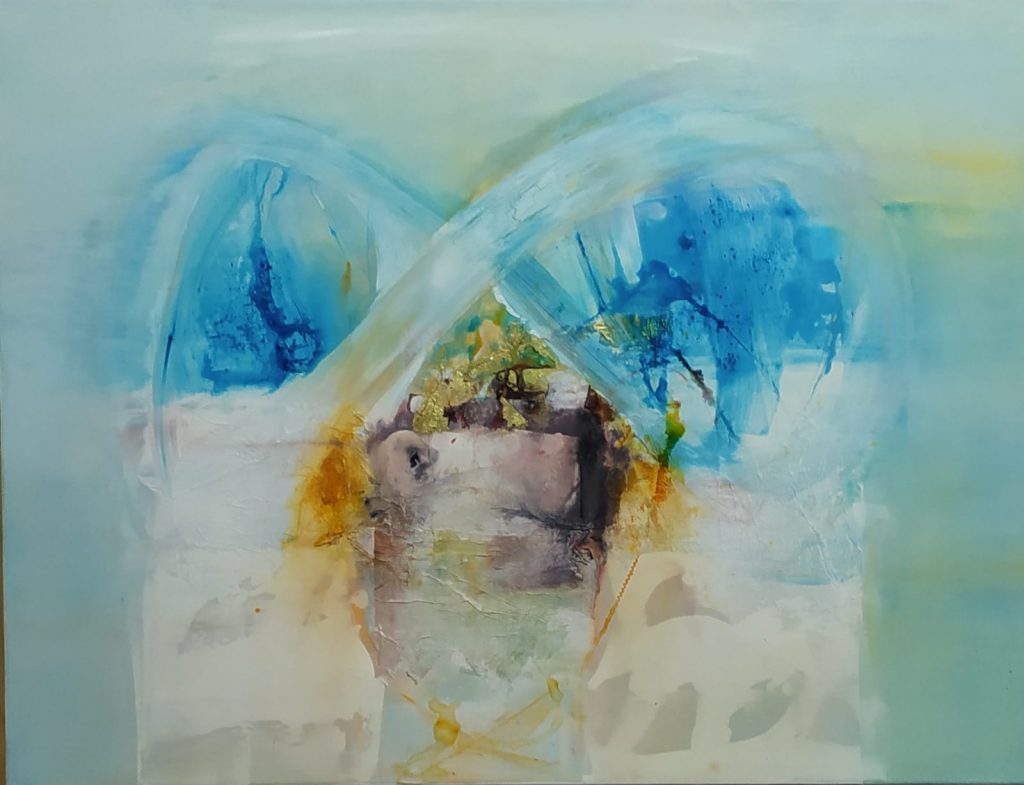 Love and More Light is an artwork that duly belongs to the Symbiotic collection – but carries so many differences from the others in the range. Where Love and Light as well as Love and Poetry portray a vibrant feel, Love and More Light encapsulates the messaging of Symbiosis though an entirely altre lens. This […] 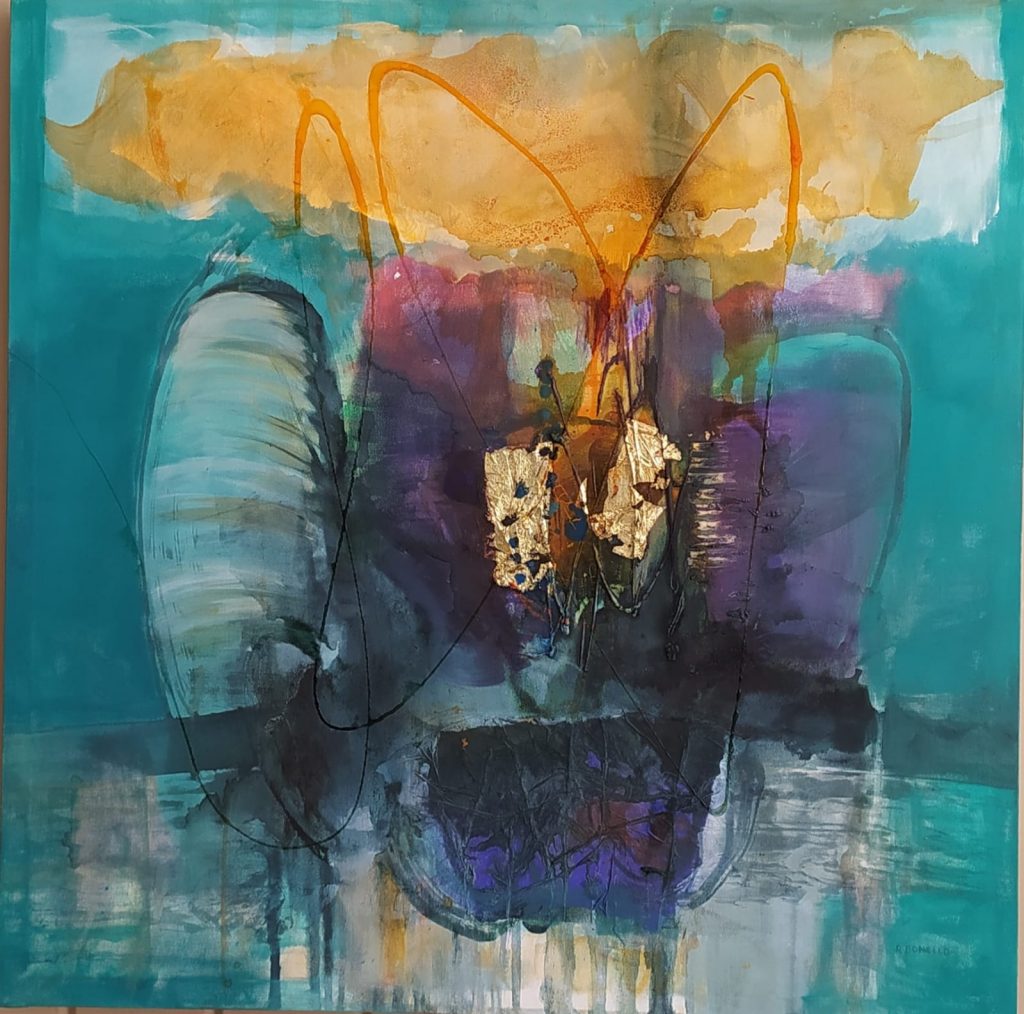 Colour. Depth. Intricacy. Technique. Four aspects that give Silk Road its character, flair and intensity. The Silk Road is a 100×100, mixed media on canvas artwork that takes the viewer through a series of stages – perhaps even the paths and journeys of life. Starting with the brighter days of early life, followed by the […]